1. You are Lead developer of HeavyM software, can you tell us quickly about your background?

After graduation, I started a MPI degree (Mathematics, Physics and Computer Science) where I discovered the basis of computing. I was pleased with the idea to create and transform everything based on code. And especially images! In Grade 3, I knew I wanted to do computer science related to multimedia. I joined an engineering school that mixed computer sciences and arts: IMAC (Image Multimedia Audiovisual and Communication). I discovered many different treatment aspects, thanks to courses of video games, image processing, 2D or 3D rendering, procedural image… I did my first internship in INEFECTO 3D studio in Montpellier. 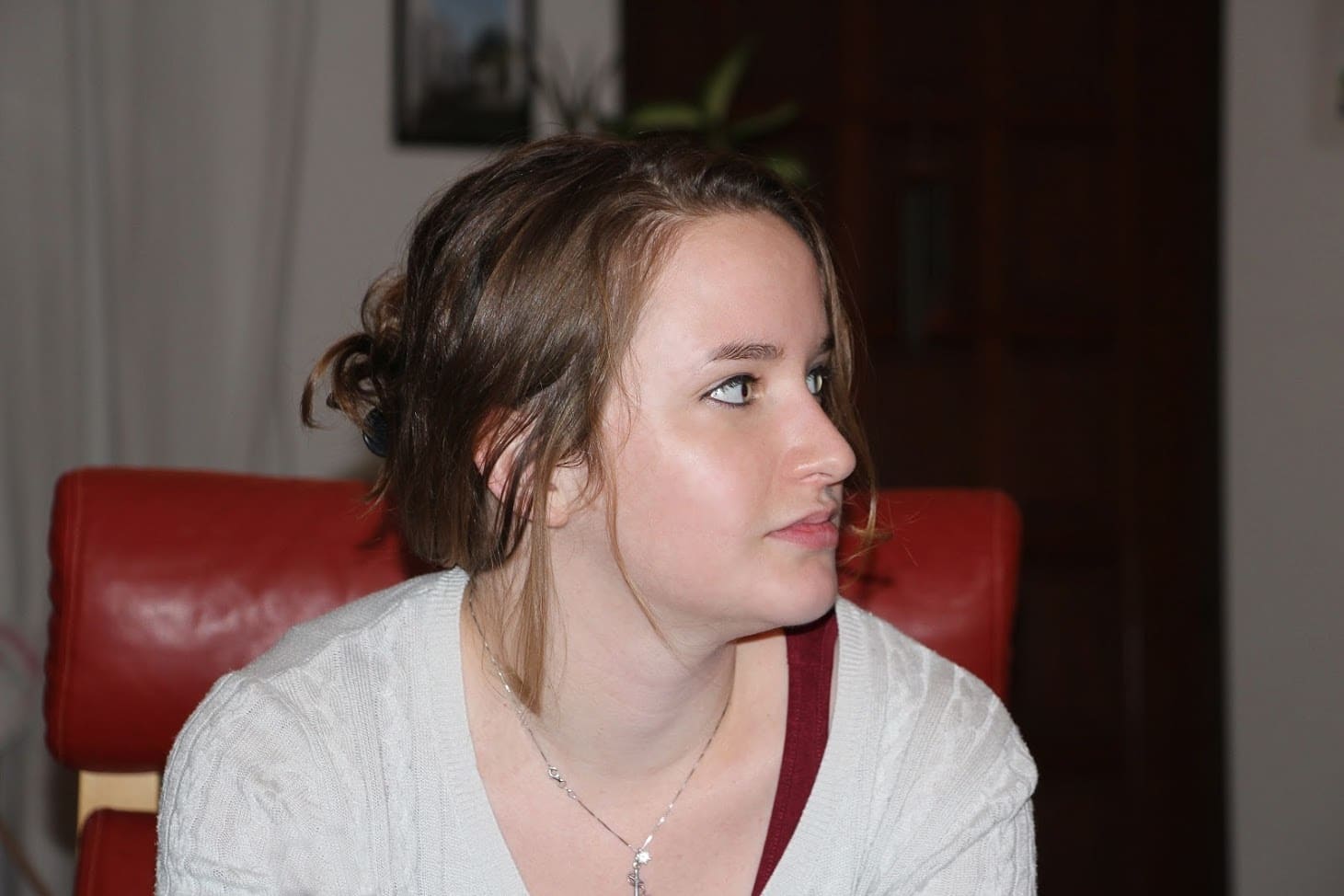 2. What did you learn during your internship at HeavyM?

At school, we were practicing with projects to build from A to Z. At HeavyM, I had to learn about a product already created and directly bring new features. I had to deal with the existing and especially to learn how to work on a product for sale, with customer feedbacks and a lot of development. I enjoyed this mission and the working atmosphere of the team, my internship then became a job!

3. Can you describe us your typical workday at HeavyM?

I start the day checking-up emails, forum posts and achievements shared by users. Then I work either on a new feature development for the next version of the software, or on the graphic interface. In the first case, I am rather alone to research the process, the methodology and to implement the solution. In the second, I’m working with Léa, UI / UX designer at HeavyM. I am also researching what could be set up to improve the software. I spend a lot of time testing the software and debugging problems reported by users and the team members. 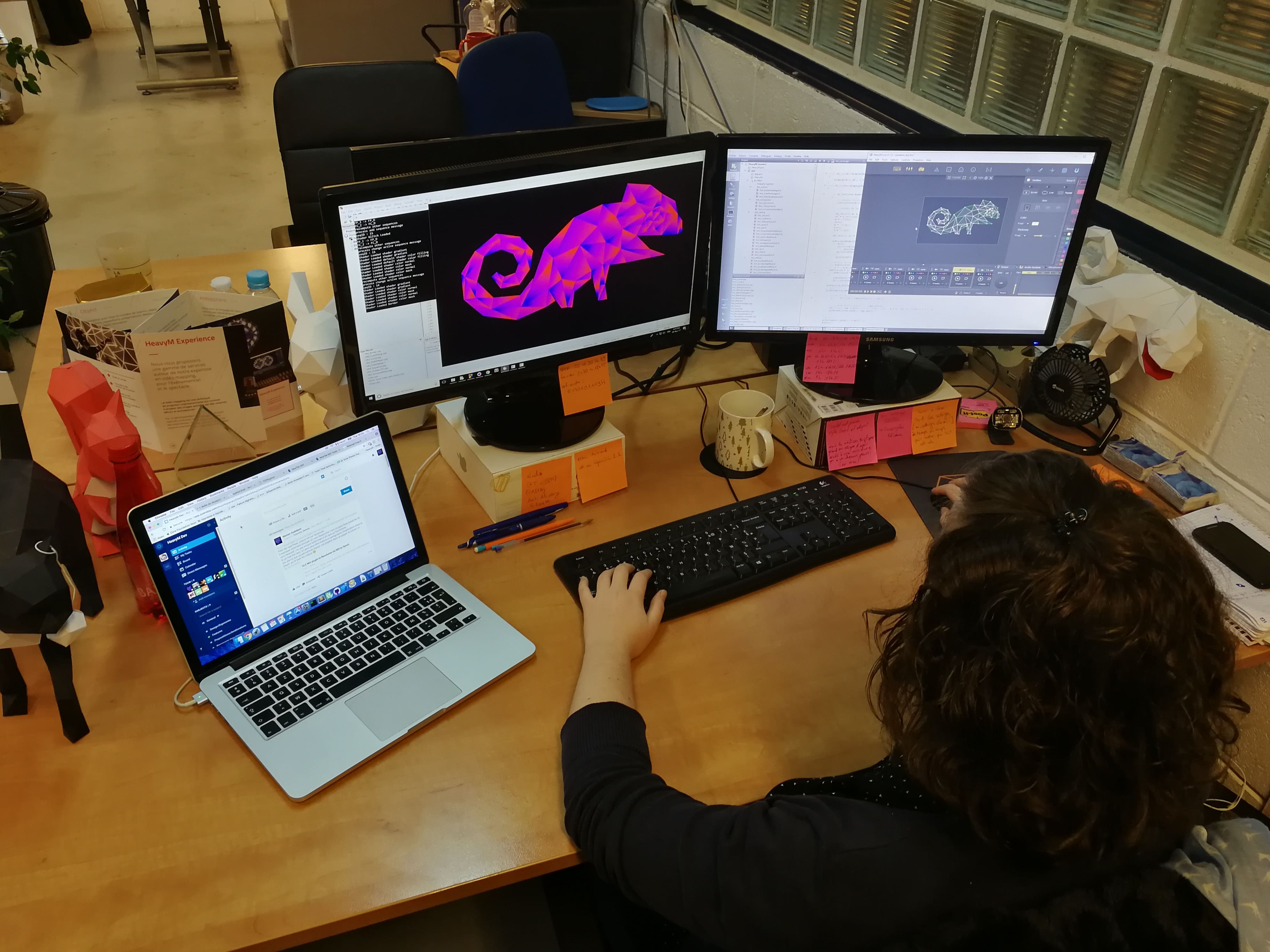 4. What do you prefer in your job?

I really like working on a tool dedicated to artists, which gives them lots of creative possibilities. I like adding effects or features, to free them as much as possible. Finally, having the chance to look at their achievements brings a lot of satisfaction!

5. What are the opportunities offered by video mapping for your profession?

HeavyM has decided to create a real time rendering (the visual effects projected by HeavyM are real time generated). There is a daily challenge to have an optimal rendering, i.e. the maximum of details, possibilities and effects for the user. Keeping in mind the flow of real time effects (calculate minimum 25-30 images per seconds for the eye not to see the transition between each images). The mapping with HeavyM allows me to develop visual effects while working on rendering optimization, a bit like in the world of video games!

6. Tell us about your work tools like C ++, QT and OpenGL (or others). What are their main assets according to you?

To develop HeavyM, we use C ++ programming language, an easy access to many frameworks and libraries. Moreover, being cross-platform (on Mac OSX and Windows), our code and libraries must be compatible between the two OS (operating system). For graphics, we use OpenGL, which can have compatibility problems with some old machines but it’s a very powerful library which can do many things with a graphics card. OpenFrameworks is also used to manipulate geometries without recoding all simple calculations. QT allows us to easily set up the interface and actions done by the user.

7. What are the fundamental principles in a software development?

Always keep the use in mind. Users must be satisfied and easily understand how to use the software. Otherwise it’s useless, as if we had a plane flying at the speed of light but nobody knew how to make it work.

Severals visual effects created by Marion were used during the contest

8. You have joined the team in April, 2016, what were the main issues of your mission? Could you make a one year assessment ?

My mission is divided in two main activities: First, a stable software. I spend a lot of time on debugging and testing the software, making sure everything works fine. When its doesn’t, I find the root cause and solve it. I’m very careful to users requests, to find a quick solution. The challenge is to manage the problems on all kind of configurations. Second, the development of new features. There have been so many since I arrived! The software is constantly evolving to satisfy the users.

An assessment? I am now very comfortable with the software code (which is getting long!). I know all the mechanisms, I’m more efficient for debugging than when I arrived! When developing new features, I learned a lot about a very broad spectrum: setting up the UI, reading videos / gifs / images, management of Spout and Siphon libraries, visual effects, shaders …

9. What are your next challenges at HeavyM and your future projects?

It’s hard to say now that we are coming to the end of a development cycle! I would like to continue learning about new technologies that will allow HeavyM (and me!) to evolve. For example, I would like to integrate NDI feed into HeavyM to simplify the lives of many users and to make a lot of new things happen.

For my future, I would still like to be at the interface between computer science and arts and maybe in other sector to have new technical challenges. Maybe with a rendering that does not require real time, as in the cinema for special effects. But it’s not for now 😉

I can tell how I met HeavyM: a friend from the collective video mapping 13&GAY wanted to see an exhibition, close to my place. I went there by chance and this is where I first saw how HeavyM was working, it was the beta version at the time. Two years later, looking for my final internship, I fell back on the name, having their stickers stuck on my fridge. I applied! Since then, I introduced my friend from the collective to HeavyM team and he now works on missions as a freelance motion designer.

11. Could you give us 3 to 5 keywords on your activity, video mapping and HeavyM?

Any questions about the team or the software, please feel free to ask us anything. You can also directly download the HeavyM Trial here.