1. When did you start your Vj activity? Can you tell us more about your background and the key steps for you to become a Vj?

I started this activity 10 years ago. I have always been fond of videos and interactive projections. The starting point was Festival Universo Paralello in 2006. The animations I saw there blew my mind and deeply made a mark on me. I realized the immense power of imagery and music combined together. Right there, I have seen things in a brand new way and I knew that I would dive into the amazing world headfirst!
After this festival, I started to seek as many information as I could. I was so eager to learn and know-it-all, as they say, « where there is a will, there is a way ». Then, I attended a Vj event in my city. There were numerous Vjs from all over the country, with many different styles and varied ways of visually interpreting songs. It was all amazingly new to me. In one of these workshops, I had the privilege to meet Henrique Roscoe, known as Vj 1mpar, who has been my first mentor. He showed me the first steps and taught me how things were working in the profession. Along the way, we have become great friends and he is one of the artists that I admire the most. 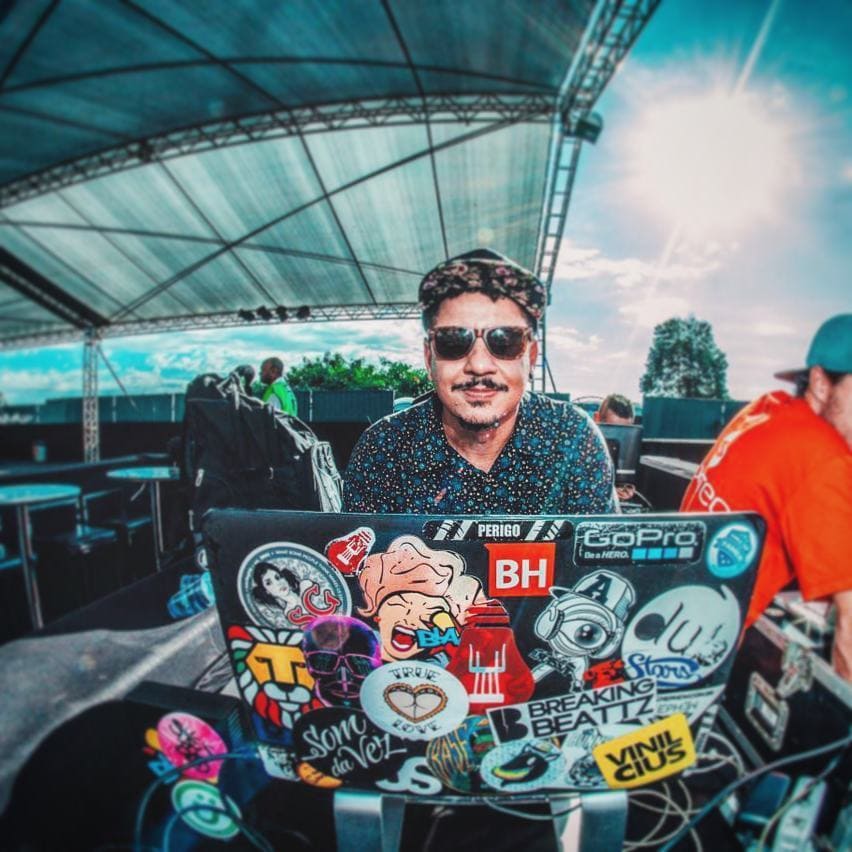 2. Which big events do you participate to? Which events are your favorites?

I have taken part in so many events since I started !
In my first year, I was invited at Festival Cachoeira Alta during four days. I was a rookie but I felt the responsibility to demonstrate my skills. It was scary at first because I barely knew how to deal with all the technical issues (such as cables malfunctions, software errors…). I knew it was my chance to prove that I was capable of dealing with all of that and succeeding. And I made it! Cachoeira Alta Festival is my first big performance and one of my favorite events.
I also keep great memories of Creamfields and Universo Paralello (as it all had started there), Planeta Brasil Festival, Festival Sundance, Net Festival, Warung, Sunflowers, XXXperience, Tribe, Flowers, Festival Só Track Boa, UpClub, Sunset Festival, Samsara Festival, Axe Brasil… Thanks to all my endeavor and dedication, I have a long list of events under my belt now.
My favorite electronic music events of are those with specific styles, such as: Prog Dark and DarkPsy, where I can explore the visual of psychedelic music. Last, but not least, the Techno of course!

3. You are working solo as a VJ and you’re also part of Mobius Studio. Can you explain us how do you combine this double activity and what are the opportunities of being part of a collective?

My solo project, P4nick, is focused on live visual performances for parties and festivals. Mobius Studio is geared towards corporative events, video mapping and digital art performances. These projects are more complex and require a well-rounded team of specialists. Mobius Studio was created thanks to my reunion with an old university classmate, Lucas Fix. We started to work together in 2014/2015 and we created Mobius Studio in 2016. For 2018, we hope we will expand on the same positive dynamic we have known in 2017! 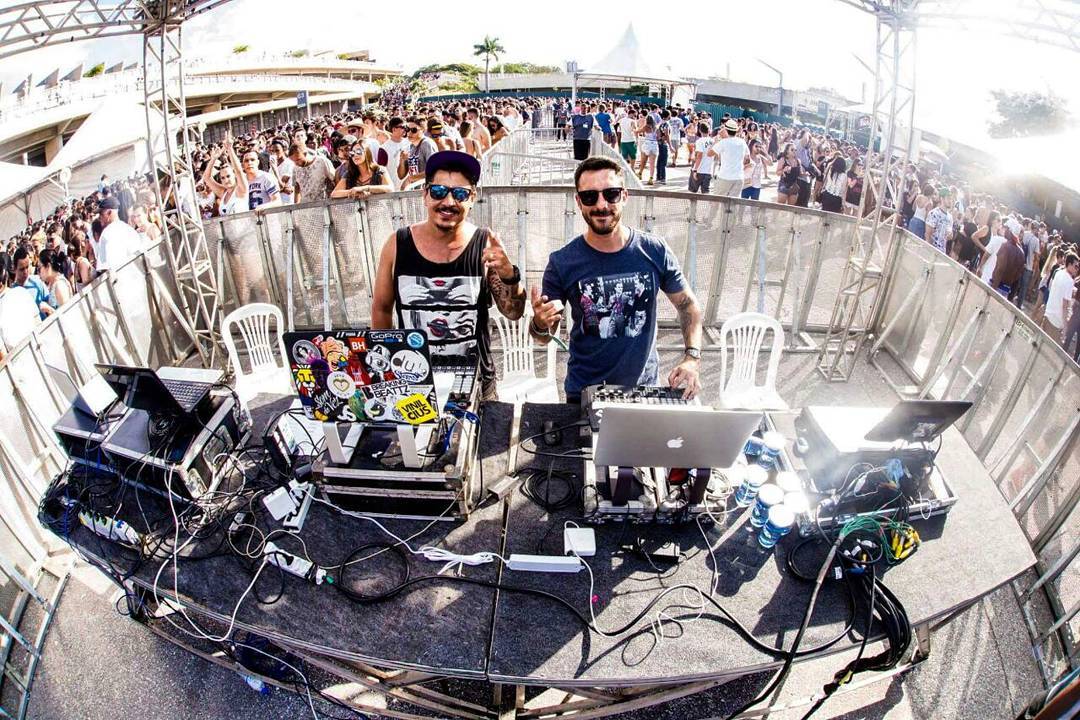 4. You produce a very complex, dense and textured VJing, with a lot of symbols and figures. It seems to be a TRUE way of artistic expression for you. What do you consider as characteristic of your work?

I enjoy geometry, shapes and symbolism, mixed with a bit of psychedelic forms. The way these elements are put together and combined can take the audience beyond the images projected.
I started my activity when trance music was at the top here in Brazil, thus I am strongly influenced by psychedelic culture. I am very glad when I hear compliments as: “wow, that tree with the skull coming out of it was super cool”… Actually, I didn’t use the image of a tree, the person saw way beyond my work. This is my signature, I help and accompany people in their psychedelic trip.

5. What are your main influences? Do you think the Latin American legacy inspires your work?

My major influence is Psychedelic art, because everyone can draw his own conclusion about the projections. I’m thinking about artists like Android Jones, Simon Haiduk, Amanda Sage, Alex Grey… I also like Fibonacci, my best partner for geometry 🙂
There is a vibrant and lively culture in Latin America and it’s part of my inspiration when I am video mapping on big structures. Many of my works are projected onto historical buildings (churches, museums, colonial buildings…). For my live performances, I always try to build my stories through different paths from this past, to create surprise and innovation.

6. How would you describe the multimedia art scene in Brazil?

The Brazilian scene has been growing a lot lately and there are numerous well-established festivals now. Many well-known VJs are coming from Brazil, like United VJs, who notably opened the Olympic Games. In 2017, several multidisciplinary festivals occurred. For me, one of the highlights of this year was Immersphere, the first Brazilia international fulldome festival. Even though many events are dedicated to digital artists, there is still a lot to do to improve the Brazilian scene and sometimes, there is no financial incentive to promote the artists’s activity, which makes it quite hard for us. Overall, the scene is bubbling a lot and we remain confident and positive!

7. In your stage design projects, you often use HeavyM, combined with other softwares. What is for you the added value of HeavyM?

It was love at first sight with HeavyM! All the shapes you can create with HeavyM software, I only have one word : WOW! I was able to generate geometrical animations in a faster and easier way, it was simply amazing and it has enhanced my projects. Without hesitation, I helped the development of HeavyM with Kickstarter. I am fond of the Resolume + HeavyM Live effect combination, because it gives me the opportunity to generate many more loops with just one form. The animations that I would have spent hours to generate (with After Effects for instance), I can now create it in a couple of minutes and this is wonderful for me! i’m a big fan of the Hypnotic and Stripe effects of HeavyM

8. Do you have any suggestions to improve HeavyM and some expectations for the next versions of HeavyM software?

I love the HeavyM 1.7 update, many features have been added. There are more parameters now so more possibilities with “Border” and “Line” effects for example. Working with more curve tools and being able to draw « Bezier curves » would be very useful.

Projects HeavyM effects as a source into Resolume

9. According to you, what are the next big challenges for video mapping?

As I see it, the main challenge that we face right now is the cost. All pieces of equipment are very expensive, especially here in Brazil due to the high taxes. Sometimes, we work really hard on a project, just to see all our efforts vanishing as the equipment isn´t affordable. I hope we will one day see the prices of the equipment we need going down to an accessible level.

10. What are your best memories / most successful projects in the past years?

Without doubt, my best memory is a Mobius Studio project, a 360 m2 projection where we created the scenario of Super Mario Bros and Star Wars, among others. It was amazing. We had the privilege to work with Vj 1mpar in the production of the content. Lucas and I saw a lot of potential in this project and we jumped in, this helped us to boost the recognition of the studio.

Another project that comes to my mind is a party at a soccer stadium in Minas Gerais, I was invited by Vj 1mpar and created the visuals with him. We got along very well and the visuals fitted together with the music, just like a glove, I was something incredible.
One project that I have really enjoyed doing is Sundance Festival, it has been 4 years now. The 2016/2017 edition was quite special as we created the visuals for a b2b with a great friend, VJ Ortega (who sadly passed away this year). We had never worked together and it was an amazing experience. Throughout the day, the heat was picking up and the computers, overheating, started to crash, but it was so beautiful we didn´t care… The computers totally gave up in the end 🙂 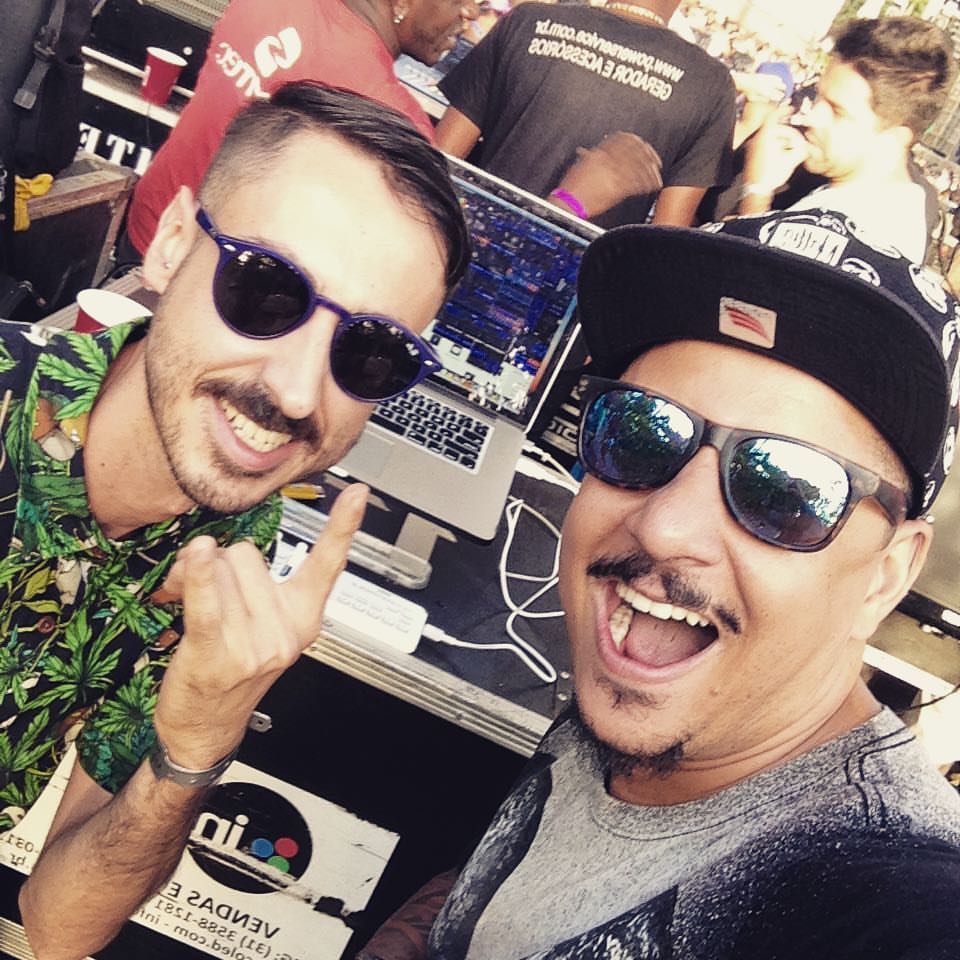 Last but not least, I was invited to create the visual for The Burning Man. I couldn´t believe it! Unfortunately, I didn’t take part in it as I was already committed to important other projects. Even though, I love this invitation as it showed me that my work had been seen beyond what I could imagine.

Thank you VJ P4nick for your participation!